Preparing for a greener future – together 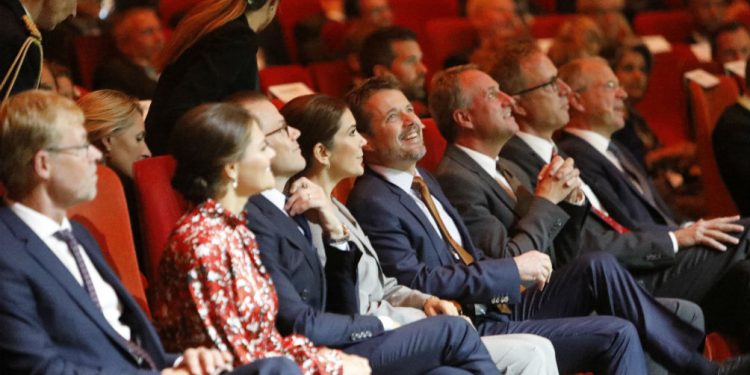 This was the topic of the annual business summit of the Confederation of Danish Industry. An event graced with the visit of Danish and Swedish royals, the Danish Prime Minister and other members of parliament.

The Chairman of the Board of directors at Dansk Industri, Lars-Peter Søbye, cornered it quite correctly:

With the threats of an ongoing trade war affecting huge export nations such as the Danish one, the increasing risk of a no-deal Brexit scenario, economic growth threatened by recession in our closest export partners, Germany and Sweden, why choose a topic such as green for the annual business summit?

“Because,” he answered, “We all have an obligation to create a more sustainable world and the members of our confederation, Dansk Industri, have the knowhow, the knowledge and the machines to do so.

Many Danish businesses have taken the UN’s sustainable development goals seriously and work on implementing them, “And yes, the Danish businesses will deliver on their promises,” the chairman answered to his own rhetoric question.

That the challenges are huge was underlined several times during the day’s presentations.

DI’s new CEO, Lars Sandahl Sørensen, reinforced the united DI stance on climate change by saying that the confederation is totally supportive and stand behind the Danish Government’s green targets.

“DI sees it as a big opportunity for Danish businesses (Editor’s note: to reach them), who are ready to compete globally on being first movers on the green agenda. However, this demands new partnerships across different sectors and cooperation across industries as new solutions need to be developed.”

He did stress that it was important that the targets set by the Danish government must not impair the competitiveness of Danish businesses and that it will be neither cheap nor easy to develop new solutions.

“Research is needed on how better to stock green energy, to find more green solutions in our buildings and around the rest of the world. Electric transport is a must, this also demands big investments and ambitions. The need is great for public/private cooperation and investments in research and development,” he said.

Danish Prime Minister Mette Frederiksen, who amongst other won the June general election by promising that Denmark would have reduced its CO2 emission by 70 percent in 2030, called a spade a spade during her presentation (this is a Danish saying – when you are very straightforward and outspoken).

“Do we know how to reach 70 percent? No, we don’t, but maybe if we had all the solutions, we would be less ambitious. A broad coalition of parties in the Danish parliament support our ambition of a 70 percent reduction of C02 emission by 2030.

The government not only focuses on climate change but also on maintaining and developing our Danish welfare society, which is only possible in cooperation with strong Danish businesses. The world seems more austere, a reality we must face. The UK will leave the EU, with or without a deal, and from my perspective, this is very sad. 30 years after the fall of the Berlin Wall in 1989, we are beginning to build new ones. Brexit will be a huge task, with or without a deal. We need to speed up the preparations, especially for the small and medium sized businesses.

The 2030 ambition of a 70 reduction in CO2 emission is important for our climate, but also because we need to show the next generation that we can do this. The support voiced today by DI is a huge leap forward for us, and we invite to further cooperation with the different branches of DI. I will soon invite to a meeting where we can start the work of setting up a new climate contract with DI’s members,” Mette Frederiksen said amongst other topics in her speech.

Swedish Crown Princess Victoria attended the meeting together with her husband Prince Daniel and in her speech focused on the need for Scandinavian cooperation across borders, as the green agenda is also an important one in Sweden.

In a global world, Denmark and Sweden are small countries, and by working together they can increase their global impact, the Swedish Crown Princess underlined.

Stressing the close relations of the two countries, she said that:

“Denmark is not only one of our neighbours, Denmark is family.”

The Swedish Crown Princess couple were in Denmark to promote more cooperation between Danish and Swedish businesses.

The day ended with the disclosure of the winner of the DI 2019 Prize, presented to a company who had made a real difference on the green agenda, by Denmark’s Crown Prince Frederik.

“It is a pleasure to hand over the prize to a company who makes a real difference in the efforts to tackle the challenges of climate change. The world needs ambitious business leaders if the challenges of climate change are to be met. Danish businesses see the green transition as an opportunity, something I often experience when I participate in business meetings, summits and fairs around the world.”

The 2019 DI Prize was awarded to the North Zealand based company Heliac, whose newly developed solar panels produce energy at prices lower than the price of natural gas in most countries around the world. 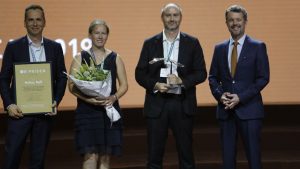