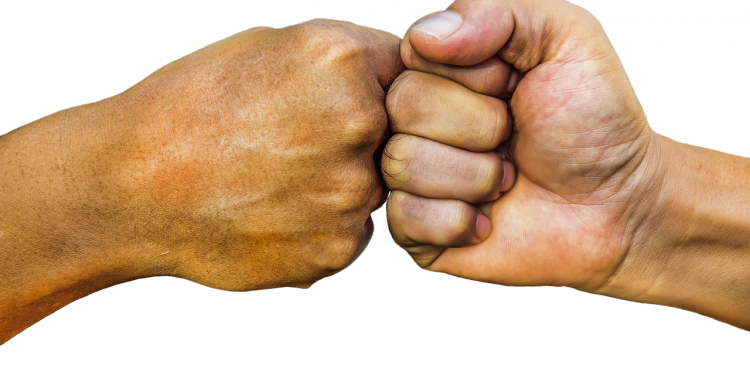 The words are those of Pernilla Rorso. With both Danish and Swedish roots, and also an American family, and a long career in international management , she has an intimate knowledge of what cultural differences can mean both in personal and in business relationships.

Then decided she wanted more. More travel, more work in line with her educational background and more culture. So Pernilla started working at itim International, a consultancy company associated with the internationally renowned sociologist and “culture” expert Geert Hofstede.

After doing a PhD at Aarhus University on the subject of how cultural differences can influence business performance, she is now Managing Director of  the Copenhagen Office & Senior Business Consultant at Hofstede Insights, Ph.D.

She shares with us her personal and professional knowledge of cultural differences.

“I really like the Walkman example in relation to culture. The Walkman, a personal music device, became very popular all over the world in the 1980s, but for very different reasons. In Japan, it became popular because you could listen to your own choice of music without bothering other people. In western countries, it became popular because you could hear your choice of music without other people disturbing you! It’s the same global product, but the underlying values driving the demand for the product are different,” Pernilla explains.

“Culture is, in short, a set of practices, but mostly values, values with a plus or a minus. Which means that connected to these values are emotions; they can be both positive and negative. It is a collective programming of the human mind. Human behaviour is shaped by things we have learned during life and the human capacities we were born with, like laughing, crying, planning for the future, reflecting on the past and our personality.

However, culture is entirely about things we have learned. What distance feels comfortable, feels ‘right’ between you and another person? How should a boss and employee relate to each other? So values are about the fundamentals, about what you morally feel. For instance, helping someone in your family getting a job – where you work; in some cultures it feels like the obvious thing to do, morally right. In others, it would feel morally wrong.”

Q:What is so special about Hofstede’s work on values and cultural differences?

”What made Hofstede’s sociological approach special is that he looked at culture from the outside looking in and formulated a set of dimensions that touch upon questions, which every culture deals with but answers in its own way.

For instance, what is the role of a man compared to that of a woman? A lot of scientific work on culture was more anthropological, observing a culture on its own, from within. He tried to make comparisons, see the cultures in relation with each other.

Q:What is the relationship between an individual and his or her culture?

”It is important to acknowledge that when you are talking about culture, you are not talking about a giant-sized individual, as Hofstede puts it. The dimensions are built on the basis of thousands of surveys, forms filled out by individuals, yes, but they have not given identical answers, and in the end, what you get is an average.

You cannot say that a particular Dane has a low power distance; it makes no sense! An individual cannot have a power distance, but a culture can. Even worse, if you assume that there is a direct relationship between someone’s nationality, the score of that nation on the cultural dimensions, and what behaviour you can be certain to expect of that person, you are stereotyping, and that does not help.”

Q:Cultural differences can be enriching, but also difficult. Can you give an example of ‘colliding values’?

”Humour, which is often used in Denmark, can be tricky. Laughing, sharing a joke together, can be bonding, but very often humour plays on values and your understanding of these values. This is where humour sometimes can go wrong. Danes often use humour as a way of correcting another person, and that can be a strange experience for a non-Dane.

For instance, they won’t use authority, because that doesn’t work in a society with a low power distance, in other words, where hierarchy is weak. To give an example: being late is a big no-no for Danes, so greeting the latecomer with a joke like “Oh, here’s the early riser!” would be a Danish way of criticising another person for being late.”

”Another situation where different values are involved is showing off. It can be about your car, or it can be about yourself, being happy about a business deal you have helped bring about. In the US, which has a masculine culture, achievers are celebrated. Not so in feminine cultures like Denmark. Of course you should perform, but showing off is standing out, and standing out is not done.

Feminine cultures do not celebrate the achiever, they want to include everyone. There are two sides to such a value: the focus on making sure that people are included makes it difficult for people to be allowed to stand out.”

Q:So what to do in a case of ‘colliding values’?

”Since values are so deeply ingrained in us, you cannot change it. At least not just like that. Hofstede says that it is important to find out where your blinders are; what is ‘normal’ or ‘abnormal’ to you may be the other way round to someone else. You can do that by asking people why they do things or say things in a certain way. ‘I noticed you were doing this, that is interesting – why is that? Can you tell me more about it?’

Usually, people are more than willing to answer questions and talk about their values. Just knowing that there is a different perspective can change a lot for you and for the person you are talking with. Also, very often it’s not personal; it’s a cultural thing.  Knowing that takes off the sharp edges.”

This article was first published while Pernilla (Roersoe) Rorso was working on her PhD. We hope to publish a new article based on her research soon.