“Sorry, but Greenland belongs to its citizens” 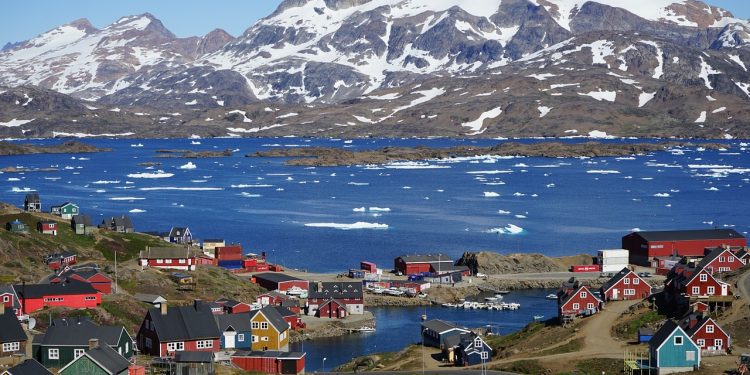 Greenland belongs to its people and not to Denmark, it is one out of three parts of the Danish Realm.

These were the words, which apparently were so offensive to President Trump, that he decided not to come to Denmark despite being officially invited by the Queen.

Danish Prime Minister, Mette Frederiksen, had made it crystal clear when she, during her visit to Greenland last week, heard the allegations that US President Trump wanted to buy the world’s largest island.

According to American newspaper Washington Post, the US President was ready to pay, they quote two anonymous sources for saying that Donald Trump was ready to pay a considerable lump sum to buy  Greenland from Denmark as well as taking over the annual annuity of DKK  4,5 billion paid by Denmark to support Greenland’s economy.

Greenland has since 2009 been an independent member of the Kingdom of Denmark as one part in the Realm, in Danish Rigsfællesskabet.

Since 2009, the Law of Self Government makes it clear that the people of Greenland are an independent people.

The three parts of the Realm – Denmark, Greenland and the Faroe Islands – share several values and interests, and all have a responsibility in and for the Arctic region. The Arctic makes up an essential part of the common cultural heritage and is home to part of the Danish Kingdom’s population.

“Both the Law of Self Government and the UN regulations made since the Second World War for Indigenous Peoples make it impossible for Denmark to sell Greenland without the consent of its people,” he said.

Reactions to Donald Trump’s alleged postponement and not cancellation of his visit have been strong.

A state visit, invited by a country’s monarch, is a huge and resource demanding event to plan.

Former Danish Prime Ministers have all reacted strongly through their twitter accounts to the cancellation.

Anders Fogh Rasmussen, who was also secretary General of NATO says that:

”It is a step backwards in the diplomatic relations between our countries, but maybe it is for the better; The security and economic challenges of the Arctic are too serious to be impaired by, and held along with, hopeless talks of the sale of Greenland.”

He expands further by saying that:

“Denmark has always been a close ally of the US, this trip could have been used to discuss common points of interest such as Nord Stream 2, the concerns with 5G, the fight against global terrorism and the Arctic.

Danish Prime Minister Mette Frederiksen commented the cancellation today at a press meeting by saying that:

” I was surprised when I was informed of the cancellation, however, I mus stress that the cancellation makes no change in the good relationship between the US and Denmark and I hope for a continued good cooperation on the many subjects which we have in common, amongst other the Artic area.”

The Danish Prime Minister stressed that during her recent visit to Greenland and Iceland, it had become quite clear to her that the Arctic question, amongst other related to security and safety issues, was important but would increase in importance in the coming years. Therefore the continued discussion with the US also on Arctic matters is important to Denmark and the Danish Realm.

Mette Frederiksen also underlined that the discussion about the sale of Greenland put was not part of a crisis between the US and Denmark and that she was in total agreement with the political leader of Greenland, Kim Kielsen, that Greenland is not for sale.

She also said that the US President and the American people are always welcome in Denmark.