Surprising delay again by 14 days of strike and lockout 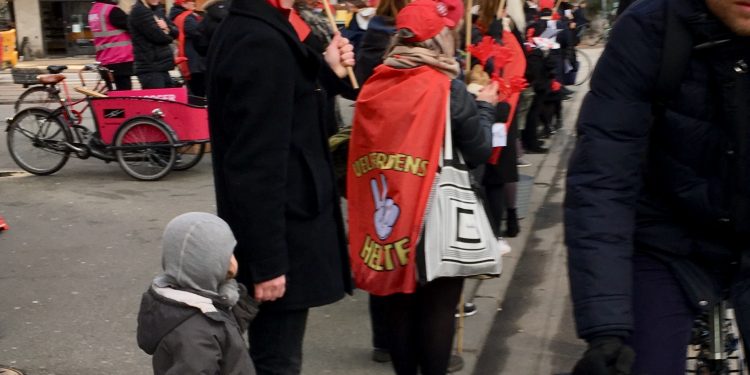 This morning the forligskvinde issued a statement making use of her last possibility of postponement of the large scale conflict.

As more than 19 hours of non-stop negotiations did not end in a compromise deal, the negotiator decided to make use of her last possible delay – meaning that unless a deal is made within the next 14 days the conflict can start – the strike starting on 9 May and the lockout on 12 May.

On Friday the negotiations between municipal, regional and state employers and trade unions are to resume in the Forligsinstitution, and they promise to be long again – as participants have been asked to bring their toothbrushes and sleeping bags.

This outcome is surprising according to commentators, as most would have expected that the negotiator would not again postpone the conflict unless there was some certainty that the parties needed more time to make a compromise deal.

During the negotiation phase, no information is given on what is going on behind the closed doors.

However, as they left the Forligsinstitution this morning, several of the representatives of the different parties said to waiting media, amongst other DR, that it was positive that the negotiations had been postponed as it left them more time to try to get a compromise deal.

Nonetheless, if the next couple of days do not bring a positive outcome, the negotiator  still has the possibility to decide that there is no reason to wait the full 14 days.

A combined strike and lockout can start five days after the negotiator decides to give up – you will see the Danish media write that she has “kastet håndklædet i ringen”, a Danish term for giving up. Literally translated it says to “throw the towel into the boxing ring”.

The conflict warning had been issued for the 4 April (the strike) and the 10 April ( the lockout), and was postponed during Easter to the 22 April and 28 April respectively as the negotiator assessed that more time was needed. Commentators did not think that it would be postponed again, but where proved wrong this morning.

This is the last possible postponement, as the negotiator only has the legal right to postpone the conflict twice by 14 days.

The disagreement between the parties concerns the pay and raises thereof for public employees, the time calculation and allocation of teachers’ work hours ( preparation, lessons etc.) and the paid lunch, which the state employees have as a benefit.

You can read more in our past article here.