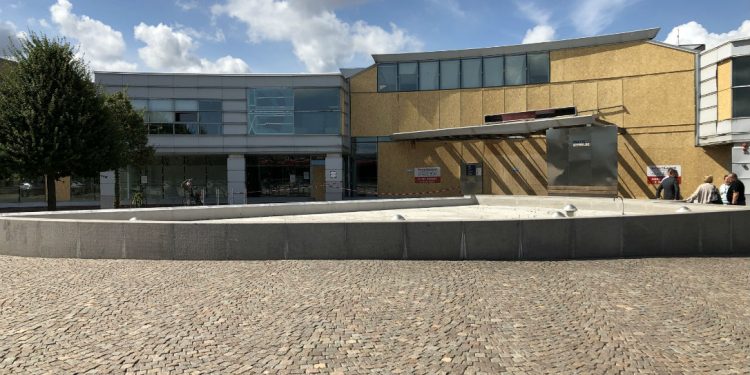 Breakthrough in the investigation led to the first arrest last night. A link to Sweden has been established.

Intensive investigation and cooperation with colleagues in Sweden led to the arrest on Tuesday evening of a 22-year-old Swedish man, and a further swede is wanted.

At a press conference this morning the Copenhagen Police informed the waiting press of the arrest and status of the investigation so far.

“Last night a 22-year-old Swedish man was arrested, and we are also looking for another 23-year-old Swede. Both are suspected of being responsible for the explosion at the Danish Tax Department” Jørgen Bergen Skov said at the press meeting.

DR informs that they have information that the 22-year-old was arrested in Malmø, Sweden.

Sweden has been hit by a series of random explosions over the past years, most of them connected to local gangs and criminals.

At the press meeting, the Copenhagen Police would not comment further on the ongoing investigation but did say that they did not believe the explosion this weekend at the police station in Nørrebro was connected to the one at the tax department.

Jørgen Bergen Skov also informs that after a range of searches the vehicle, which the police believe was used last Tuesday evening, has been found and will be subject to a range of technical analyses.

Once the preliminary court hearing takes place a name and birthdate will be made public, but the rest of the court hearing will be conducted with closed doors.

No one was killed at the incident, and of the two people present in the building none was hurt. A by passer was hit by fragments and treated at the local hospital.

A total of nine random explosions have hit Copenhagen the last seven months, however, the Copenhagen Police is scarce with information about them and have not confirmed any links between them.

Two explosions hit Christiania, as a retail shop was hit on 13 February and another on 18 February.

On 14 April a car exploded on Hothers Square at Mjølnerparken on Nørrebro.

In May, three explosions occurred in different parts of Copenhagen, a car exploded on 7 May at Rentemestervej on Nørrbro and again on 10 May an explosion hit an entrance at the DIY T. Hansen in Valby.

On 31 May a car exploded at Øresundsvej on Amager. June had one explosion when a garage was hit in Vallensbæk.