The death of the self-made ” King of the Eiderdown” 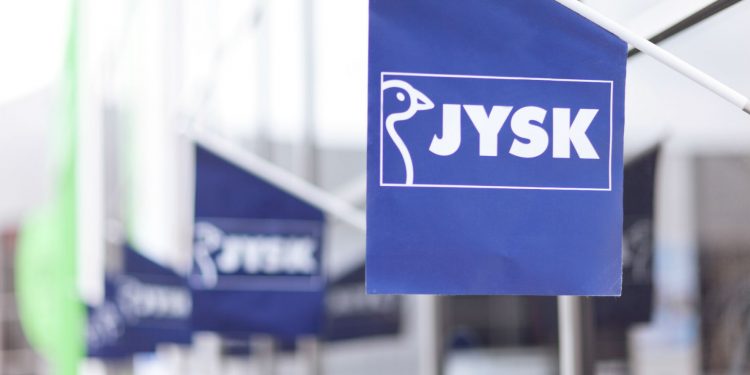 A world wide business present in 52 countries and still growing, the founder of Jysk Sengetøjslager died early on the 19 August 2019.

One of Denmark’s most iconic international businessmen, Lars Larsen, also known as “dynekongen”, the King of the Eiderdown, passed away early this morning in his home in Silkeborg, Jutland, at the age of 71.

In a short press release issued on 21 June 2019, Denmark became aware that the King of the Eiderdown was very ill, as he here announced that he had been diagnosed with liver cancer and that the cancer had spread.

He also announced that he was withdrawing from his position as chairman of the board of the mother company, Jysk Holding, leaving the position to his 47-year-old son Jacob Brunsborg. 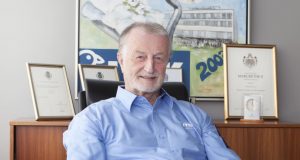 “I am so incredibly glad and proud that Jacob has chosen to take the role as chairman of the board thus enabling Jysk and Lars Larsen Group to remain a family owned business,” he said in the June press release.

Find out more about the history of Lars Larsen below.

Lars Larsen was iconic in the sense that he built a huge international business empire, however, he came from nothing and had no business education other than the “learning by doing”.

Lars Larsen is known as a real “købmand”, which in Danish terms is a shop owner, but also a “man to man” businessperson, someone who believes more in doing, acting and learning from his mistakes than in devising great strategies and plans.

Marketing and PR were the tools he used to launch his discount shops selling eiderdown, bedlinen and towels back in 1979; focusing on the great deals and offers people could get by shopping in his store(s).

In 1987, he became a household name in Denmark with the extremely lowkey TV campaign featuring himself and his message:

You probably know the brand as Jysk, which is the name used in international expansions, except for in Austria and Germany where it was launched as Dänisches Bettenlager.

The company launched its first shops outside of Denmark in 1984.

In 2,700 shops you can buy matrasses, towels and all bedroom and bathroom accessories (and much more) for a good price, as he has been loyal to his idea of focusing on the average person rather than those who are looking for luxury.

His business, Jysk Holding, has a worldwide turnover of DKK 35 billion and remains a family owned business with his son Jacob Brunsborg as chairman of the board.

In 2019, Lars Larsen was able both to celebrate his company’s 40th anniversary and well as his first employee’s 40-year anniversary in the company he founded in 1979.

He also cut the ribbon for the first shop in Ireland on 2 April 2019 thus adding Ireland to the list of countries selling his products.

In Denmark, he is known as the poor boy who made it big, but who remained true to his background and his roots in Jutland.

In 2004, he wrote his own autobiography describing how his difficult childhood had shaped the person he was.

He was the fourth child of a widowed mother (his father died a few months before he was born), and he grew up in great poverty, harassed by his fellow school children for always wearing the old worn out clothes of his siblings.

“This made me want to show them,” he says in his autobiography.

He started work as an apprentice in the shop Magasin H & L in Thisted, Jutland, as a professional window treatment specialist hanging up curtains in people’s homes. With his natural flair for business he advanced quickly and became responsible also for purchasing and advertising. Greatly inspired by the discount concept in Aldi in Germany, he eventually decided to start on his own selling bedroom items at discount prices.

Without funds and believing in his vision,  he took a loan in his house to start his first shop on 2 April 1979 on Silkeborgvej in Aarhus.

The rest is history. Rest in peace.

In the coming days you will probably hear a lot of talk about Lars Larsen, amongst Danes and in the media, as he really was a very iconic household name here.