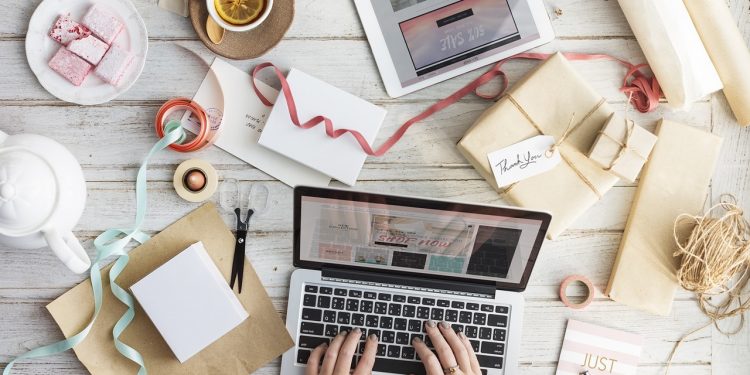 Are you suffering from what I call the expat partner conundrum where you have to choose life experiences over work experiences because you follow your working spouse around the world ? Here a few insights about why I did.

We were out for lunch with a group of friends and some other people we didn’t know very well, and the conversation turned, as it often does, to our next move.
“How long have you been back in South Africa now?”
“Three years and a bit”
“Do you think you’ll stay put now?”
“No, we definitely want to keep moving”
“Where were you before?”
“Istanbul”
“Oh, yes that’s right, and your kids were born there hey?”
“One was, the other one was born here”
“Ok wow, and before Istanbul, the UK?”
“Before Istanbul was Bangkok, before that Saigon, before that the UK!”
“Oh hectic, so you really have lived all over.”

So, you know, in general conversation, people are genuinely curious about our situations. There was a lady across the table from us who I had met a few times but didn’t know very well, she was leaning forward, listening intently to us. After my self-conscious history of the past decade she breathed in sharply, leaned back in her chair and said,

“Gee-whiz, I don’t know how you manage to travel all over like that. I could never do what you do, I care far too much about my career.”

I felt the panicked confusion you feel when you think you’ve just been insulted, but aren’t quite sure, and replied,

“Why would you assume I gave up my career? In Vietnam I worked with an organization that raised money for children to have lifesaving heart operations. In Bangkok I began studying for my second master’s degree in Classical Studies majoring in ancient religions.

In Istanbul I had a baby and chose to stay home with him. In South Africa I started a successful online business, creating the entire site from scratch. I have renovated three properties, became a freelance writer, and still managed to have a second baby and be a mother.”

I’mjust kidding. I didn’t say any of that. I just did what I always do in the face of passive aggression, or any aggression for that matter: I smiled and let it slide. But inside, oh inside! I was raging, and here’s why.

She was absolutely spot on. She could have left the passive aggressive tone out, but in essence what she said was correct.

I have put my career on hold to live the life I do. The problem that I have is that people seem to judge me for it.

And by ‘people’ I mean strangers mostly, people I encounter who are not from my tribe, not part of my inner circle, people who see a fabulous life but not much substance. And that makes me mad!

I was twenty-four years old when my husband got his first international assignment. I was working in London as a photographer and adored my job, but I felt ‘The Twinge’. You know the saying, ‘there’s a world out there, go and explore it’ twinge.

The curse of wanderlust. And so, when he was offered a role in Vietnam I thought, ‘hell yeah!’

I had no idea that it would be the start of fifteeen years of living like nomads, with no end in sight.

I thought Vietnam would be an experience, not a life choice. I didn’t realise that our expat journey would grow from a single backpack into a 40 foot container, three kids and a cat.

But most importantly, I do not remember signing on the dotted line declaring my career dead.

I have ambitions, goals, enormous dreams, insatiable curiosity, but every now and then I am confronted with ‘aah, that’s so great, but what do you actually do?’

And for some reason there seems to be a misconception that because we travel a lot, I am permanently at leisure to do so.

But here’s the thing, it all looks jolly from the outside, but anyone who lives a nomadic lifestyle will tell you that it comes at a great cost.

It’s a tough one. You are never quite sure of your decision because we are programmed to compute success in terms of visible achievements, and self worth in terms of our job description. Success is measured in accolades not experiences.

Over the past many years, as an expat, I’ve met some incredible women. Women who have graduated from Oxford, Yale, Berkeley, Duke, and Edinburgh universities. Women who have worked at the World Bank, at the United Nations. Women who speak six languages.

Ask these ladies about anything from religion to history to politics to economics to how to make a pot roast, and they’ll be lucid, engaging, opinionated and passionate.

Some of these women choose not to work; others work way below their level of expertise so that they can still be mothers with flexible office hours.

These women face the expat-wife conundrum and chose life experience over work experience. However, that choice should in no way detract from what they have achieved, or what they may still achieve.

But. But. There is always a lingering ‘what if’. What if I had stayed in London, would I be really successful? Would I have climbed the corporate ladder? Would I be an expert in my chosen field? Would I have built something to be proud of?

My closest childhood friends have done this. They are in the upper echelons of their companies. One constantly wins awards for her role in the hospitality industry; one is so high up in a bank that I’m beginning to suspect she’s part of the Swedish mafia, one’s a pharmacist, another an Ofsted Inspector (she assesses and ranks government schools in the UK).

Their success is validated as they rise through the ranks. But I don’t have any rank. I don’t have an external corporate entity against which to measure my success.

What I have created must speak for itself, and I must constantly reconcile my desire to be nomadic with my desire to put down roots and build something. But what I am building has no roots, it goes where I go, it lives and breathes with me, and so from the outside appears intangible. But look again, because it is there.

And so when someone implies that I put my career on hold to be an expat wife, I bristle, even though on the face of it that’s exactly what I have done.

My success may not be measurable in terms of promotions and job titles, but the success I have enjoyed has come off the back of hard work, risk-taking and persevering in the face of language barriers and cultural differences.

At the end of the day I am proud of the fact that with three kids in tow, I can pick up, move on, create a life from scratch, and continue to grow my business wherever we may land, and that I have no fear of doing so. My career isn’t dead, it’s just living outside the box.

Anyway, I wouldn’t trade trekking along the Great Wall of China, or sleeping under the stars on a lumpy mattress in the desert, for anything in the world. 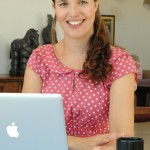 About Lucille Abendanon: She has three nationalities, has lived in six countries, so as she says; “ It’s difficult for me to say where I come from, we moved from South Africa to the Netherlands three years ago and have just settled down in England where we are raising our three tri-national tri-lingual children to be curious global citizens.”

Lucille writes about travel and the expat experience on her blog Expitterpattica.com.