The popular seaplane will keep flying until at least March 2020 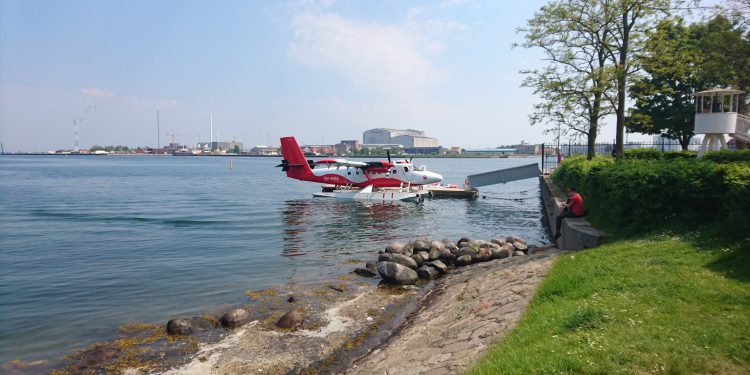 Copenhagen - right next to the little mermaid at Nordre Toldbod 29 - even with parking available (paying).

With more than two years in the sky above Denmark, the popular seaplane was threatened with closure at the end of the year due to a lack of permits, however, with a temporary prolongation, the company is saved for now. It will limit the possibility of expansion though the CEO says.

After weeks of uncertainty at least one thing became clear. With a temporary prolongation of the current permit to fly from Copenhagen harbour by the Municipality of Copenhagen’s Environmental department, at least a year more of flying between Copenhagen and Aarhus harbour has been achieved and Nordic Seaplane’s 22 jobs are currently saved.

The problem is that a permanent permission to fly from Copenhagen Harbour was not given to Nordic Seaplanes by the Municipality of Copenhagen’s Environmental department.

This rejection is currently a matter for the appeal’s board at the Ministry of Food and Environment’s “klagenævn, appeals board, who, due to staff problems, have been unable to treat the appeal thus delaying the whole process.

This is the reason for the temporary prolongation of the flying permits that have been accorded to the company.Permanent permissions to fly from Aarhus harbour were received back in 2017.

So it is the situation with flying permits for Copenhagen Harbour, which is the main problem.

Nordic Seaplanes’ CEO, Lasse Rungholm, is frustrated about the process as he says in a press release that it limits the possibility of planning an expansion of the company’s routes.

An expansion would require investing in a second airplane, at a cost of DKK 30 million, something which is not viable as long as the company’s future is uncertain.

The prolongation of our permits means that we can continue flying in 2019 at the same frequency as now. 22 jobs have been saved for the time being, and that is great,” says the company’s CEO, Lasse Rungholm, in a press statement.

When the appeals process will be finalised is not yet known the company says.

More than 29,000 passengers have flown with the seaplane since its start up in May 2016.

What is it like to fly with a seaplane? Find out from our expat writer’s experience here.