Danish HYGGE – even Danes don’t realise that, surprisingly, it is not about the candles 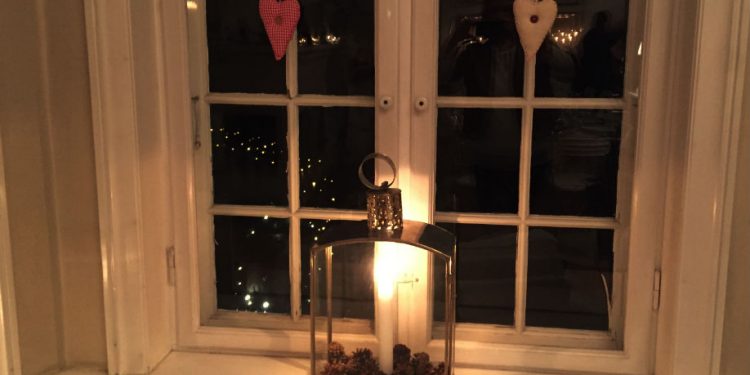 Put candles on the table, in the windowsill, and a couple elsewhere in your room. Buy candy, snacks, wine or beer, invite some friends, and voila, you have hygge. Or do you? According to anthropologist Jeppe Trolle Linnet, Denmark’s expert on hygge, that is not the full story.

“When Danes say that a social gathering is hyggelig, it also means that no one will discuss opposing opinions about politics, the economic development, or raising children,” Jeppe explains. “Conflicts or conflicting opinions are not perceived as hyggelig. Should someone disagree on a subject and a discussion start, you can be sure that it will be put to an end with a quick remark. Often using the famous sarcastic and ironic Danish humour.”

Hygge/hyggelig in the Danish sense is much more than what it seems. It is a cultural self-understanding, which Danes use to describe who they are and what they’re about. For a foreigner (and even a Dane) what seems linked to candles and food, and getting together with friends and family is actually so much more than that.

The interview takes place at the Kaffe Bar, a small café on Vesterbro in Copenhagen. The owner is an old fan of motorbikes, and the interior decoration is simple – wooden chairs and tables, an old bike hanging on the wall. The most peculiar table decorations are the small signs saying, “No laptop allowed”.

In our age of being constantly on-line, and many outlets using their free Wi-Fi as a strong selling point, this place is VERY different.

According to my hygge expert, the owner wants his café to be a place where people meet and actually talk and listen to each other, rather than sitting staring at their screens. It is more hyggeligt that way.

Danes use the word hygge a lot. For example, when meeting up again after the last get-together, the phrase det var hyggeligt is often used.

Or when you leave someone’s company Danes often say, kan du hygge dig. Translating such expressions into “what a great time” and “have a cosy time” just don’t give the same feel.

Hygge is equal to a safe haven
Other cultures also have words to characterise a certain atmosphere; in English the words used would be cosy or convivial. However, according to Jeppe, translating hygge into homeyness would be more correct as the home in the Scandinavian sense is the place where you can be yourself and shut out the big, dark, and dangerous world outside.

Homeyness also implies some kind of community feeling, a togetherness,which is also part of the hygge concept.

The origin of the word hygge is Norwegian and old Nordic. It means seeking refuge, protection, and shelter from the raging of the outside elements.

Hygge came into use in the Danish language in the 18th century. It is very much a middle-class concept.
A home that is hyggeligt is neat, tidy, and clean. It doesn’t have to be a palace or mansion – indeed it must not be too grand or pretentious in any way. But neither can it be dirty, harsh or chaotic, as that would symbolise a poor working class home.

To be a hyggelig home, you need to have a certain level of comfort; including food, drink, and warmth. Some anthropologists link this to the Danish (and Scandinavian) welfare state and the high level of equality, since the difference in wealth and income is not as pronounced as in other societies.

In a way, hygge becomes something essentially Danish, where all are equal, but in a middle class way.

Hygge has to be with someone you know well
When asked to define with whom you can hygge, the Danes reply with people you know really well. It can be family members, old friends or the work colleague with whom you feel most comfortable.

It is only hyggeligt when you meet up with people with whom you feel safe enough to be yourself. Here you can share the vicissitudes of life, knowing that no one will challenge you on your opinions, and where their difficulties most likely resemble yours.

Homemade an essential part of hygge
Foreigners are often surprised by the amount of homemade cake and bread made and consumed by Danes.

Funnily enough, the feeling of homeyness is deeply rooted in homemade food, cake, and sweets.

“The lovely smell of homemade cake hangs in the air, underlining that what you are eating comes from this home, thereby the feeling of uniqueness is enhanced, you can only have it here, and it is far away from mass production (and the commercial outside world). All this adds to the hygge feeling,”Jeppe explains.

To kill hygge– just brag about your achievements
Understanding the informal way in which the Danes communicate with each other is another challenge for many foreigners. The very direct and candid way Danes like to talk about the challenges of life, contrast sharply with discussing your own achievements and successes.

To create hygge you must downplay, or at least nuance, talk of prestige and ambitions. Danes feel somewhat alienated if the conversation focuses entirely on ambitions and achievements.

Instead, hygge is a place you go, where you realise that you have probably not reached all of your ambitions, but neither have the others present.

Candles – always light candles.
Don’t be in a rush – have lots of time and turn off your smart phone!

Find a homey place – somewhere with an authentic atmosphere, a place where you feel comfortable. And remember you do not primarily want to impress, except by displaying the coolness of being at ease.

Give something of yourself, open up about who you really are (maybe tell some stories about what you did as a child, how you grew up, your first sweetheart and so on).

Show the Dane who you were, before you became a successful expat travelling the world!

Jeppe Trolle Linnet believes that Danes and Scandinavians in general, have a problem with the modern world.

He thinks that they struggle with being formal, polite and professional all day long.

They do not really mean to shut out foreigners, but because they look for their informal hygge atmosphere in their own home and with people with whom they feel safe, that is often the way it appears.

“If you want them to let you in, you have to convince them that they can be straightforward and comfortable with you as well,” he says.

Jeppe Trolle Linnet is a Danish anthropologist. He has a M.Sc. in social anthropology, and a Ph.D. in consumer culture.

He is known as the Danish expert on the concept of hygge.

Impossible to live in Denmark for long without noticing the Danes’ fascination with their flag, find all the official flag flying days this year and …