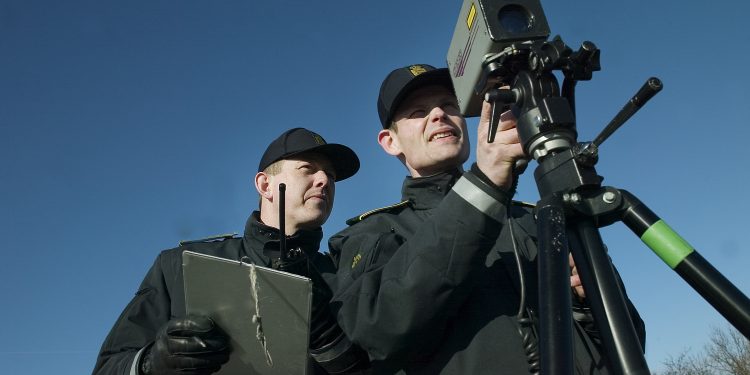 In all 12 Danish police districts the police will be keeping a lookout for road-users who are using their mobile phone while driving. The traffic control campaign runs from 17 to 23 September 2018.

“Keep your focus on the traffic when you are moving around in it”, this is the aim of the traffic control campaign running this week; one in three deadly traffic accidents are due to inattention.

In a countrywide study made in 2017, the Danish National Police observed the behaviour of 26,000 drivers to determine what they were doing while driving.

The study found that on average six percent of all road-users performed actions that could easily distract them and take away their attention from the traffic.

They were either speaking on the phone (holding it by hand), fiddling with their GPS, eating or drinking.

Furthermore, the problem was much greater for truck and lorry drivers, as 15 percent were inattentive while driving, compared to six percent of car or van drivers.

If you drive at a speed of 80 km on a country road, and fiddle with your phone or GPS for just four seconds, you will have driven 89 meters without paying attention to the traffic around you.

“Even a few seconds of inattention may mean that you miss another road-user or pull into the opposite lane and hit another vehicle head on. Inattention puts all road-users at risk, and therefore it is important that anyone who is moving around in the traffic keeps their attention on the traffic situation and are not engaged in activities that lead to inattention.”

At the moment the fine for driving/cycling while talking on a hand held mobile phone is DKK 1,500 ( 1,000 for cyclists). The government may put forward a proposal to make the fine for using a mobile a point in your driver’s licence instead of just a fine. In Denmark you can have up to three points ( klip i kørekortet) before loosing it.