“We sowed a seed, the French chefs who came to Denmark in the 1980s, and inspired other generations” 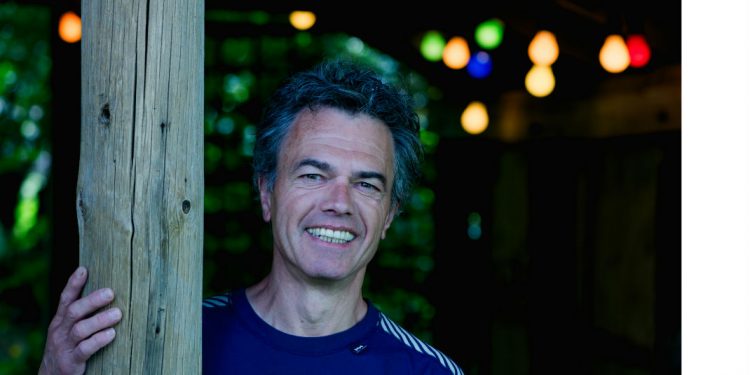 “We packed all my knives, chef’s hat and aprons in our Renault 5 and, together with Henriette, my Danish wife, we drove to Copenhagen. Really, we did not think so much about it at the time. I did not speak any Danish and almost no English. It could have ended in disaster.”

New Nordic Cuisine was founded on the backbone of a handful of French chefs who came to live in Denmark more than 30 years ago. By creating the first selection of highly successful gourmet restaurants, they revolutionised the Danish restaurant scene.

Denmark was not known for its gastronomy when the French chef, Francis Cardenau, started his culinary journey in Denmark in 1989.

Denmark had only one restaurant with ONE Michelin star, this was Søllerød Kro, who had just achieved its first Michelin star.

The Frenchman came to Denmark quite by chance. After almost 30 years of living in Denmark, and despite a harsh start, he has never regretted the move.

“We packed all my knives, chef’s hat and aprons in our Renault 5 and, together with Henriette, my Danish wife, we drove to Copenhagen.

Really, we did not think so much about it at the time. I did not speak any Danish and almost no English. It could have ended in disaster.”

By creating the first selection of highly successful gourmet restaurants, they revolutionised the Danish restaurant scene.

“We sowed a seed, the French chefs who were brought to Denmark back in the end of the 1980s, and inspired other generations,” says Francis Cardenau.

Francis Cardenau is a well-known name on the Danish gastronomic scene.

Coming to Denmark at a time when one-Michelin star was quite an achievement, he brought the first ever two-Michelin stars to a Danish restaurant in 1997 when Kommandanten, the high-end restaurant he was running at the time, was awarded them.

He knows all the current famous chefs, of which he has had several pass through his kitchen.

“I had Rene Redzepi (of Noma) for a short while in my kitchen and Mikkel Maarbjerg was my sous-chef, he later started Ensemble and got two Michelin stars. Christian from Formel B was also one of ‘mine’,” he says with pride in his voice.

Today they have all moved on and done their own things, created their own successful concepts and helped place Denmark on the world’s gastronomic map.

“We gave some young people the interest and the desire to cook great food, but that was not enough. That is how the youth is. They want to create their own thing, to develop something, which will make them into the best.”

But how did it all happen? How did Denmark become such a front-runner on the gastronomic scene?

The late Prince Henrik once said in an interview that when he first came to Denmark in the late 1960s, Danish cuisine was not very impressive and that it was not unusual to be served potatoes in several different ways – for the same meal!

According to Francis, a lot started with the families who ran the restaurants at La Maison du Danemark on the Champs Elysée in Paris.

At the time, they also owned and ran the still-famous inn, Søllerød Kro, outside Copenhagen to which they “imported” first the French chef, Michel Michaud, and after him, Francis.

“It was a heavy burden to bear,” Francis says. The family who asked him to take over from Michel Michaud as head chef never thought about how difficult it could be for a Frenchman to adapt to Danish culture.

“They gave me a great chance, but it could have ended in a catastrophe.”

Francis spoke neither Danish nor much English, and upon arriving in Denmark for his first day of work at Søllerød Kro, he was told to prepare a funeral lunch for a very special and good guest.

Arriving in the kitchen, he found his personnel waiting for instructions, amongst other things for his bread recipe.

“It was a shock for me,” he explains. “In France, we don’t bake bread. We buy it! So, no recipe. That started really well,” he says sarcastically.

“And that was what it was like at first. I could not communicate with the cooks and explain how I wanted the recipes made.”

Not being able to communicate made life extremely difficult.

His employees left the restaurant in frustration over Francis, who became more and more stressed out, difficult to work with and upset. In addition, Michel Michaud had been very famous, and journalists were curious about Francis.

“They were really hard on us. So I started making more authentic French dishes but all the guests wanted to eat at Søllerød Kro was caviar, lobster, truffles and turbot.”

Francis believes he survived those first years because a lot of people helped him, and his bosses at Søllerød Kro gave him their full support.

“I knew what I wanted to do menu-wise. It was just explaining it that was the problem,” he says.

“It could have gone so wrong for me, I could have ended up in a serious depression, but thankfully my wife Henriette tried to help me by finding some chefs who spoke a little French and eventually we managed, using our own language of a mixture of French, English and Danish words and names.

I even drew the layout of the dishes, I would draw a plate showing here I wanted things placed, the sauce, meat etc.”

He also met and made friends with the Danish restaurateur, Claus Meyer, who at the time was just starting out in the gastronomic business. Here he found someone who could understand how difficult it was to adapt to the Danish culture.

“In France, when you work in a restaurant, it is a six-day a week job. You start in the morning, take the lunch shift, have a three-hour break and then you go to work again in the evening.

Not so in Denmark. Here I was to make a vagtplan,  a work-hour schedule, which I did not. And of course we got many fines from the workforce watchdog Arbejdstilsynet. I wanted my employees to work all the time, as we did in France.”

It was really the establishment of a great network of people that made the difference.”

He thinks he would be dead or alcoholic if he had stayed in France, where the pressure on the chefs to perform and work long hours is very high.

In Denmark, there is another perception of life and quality of life, which he believes has also had an influence on the gastronomic development of the Nordic kitchen and the emphasis on sustainable and high quality produce and animal welfare.

“It goes all the way, if your chefs in the kitchen are sloppy and messy, it will not work.”

According to Francis, it is the Danish culture, which had an influence on making Denmark’s gastronomy so globally successful.

“In Denmark you think a lot about how things work, you analyse things and focus on finding out how to make them work, and all Danes are trained to think like that. In addition, you are really quick to change and adapt.

You do not have a 300-year old gastronomic culture and heritage to take into account.

This makes it possible for ambitious chefs, who want to be the best, to create something new and to inspire others as well.”

Francis believes people from other cultures could learn from the Danish culture how to be calmer and to take things easy, while at the same time being more considerate to their fellow citizens and human beings.

“Danes are really good at discussing things to find out what is wrong or to solve a problem. Other cultures could learn from that, not get angry, fight, and hit each other, or their children.

You do not hit people – or children – as they do in some other countries, for instance in France and Spain.”

He tells all French chefs who want to come to work here:

”Learn English and then, as quickly as you can, learn Danish. Only by learning Danish can you really be integrated into Danish society, and if you do, they will open their hearts and let you in.”

After 45 years in a kitchen, Francis retired in January 2017 from his restaurant, Le Sommelier. He sold his shares in the successful restaurant chain MASH, as well as the restaurant Umami, and bought a small farmhouse with a thatched roof  located next to Arresø in North Zealand.

”I fell in love with the thatched roofs during my first trips to Denmark, in France we only have them in Normandy and Brittany and I thought, ‘I must have my own one day’. I did find it odd that they were so small inside (low ceilings), considering how tall the Danes are.

Inside they are so nice and quiet, the straw seems to silence and absorb all sounds, so even if it is windy and storming outside, inside there is such silence and calm serenity.”

Here he wants to grow his own produce as he cannot imagine going to the supermarket to buy his food.

And he wants to experiment and to inspire other young new chefs, to make them aware of the importance of the quality of the food they prepare, to make them challenge their suppliers to get the best quality produce in their restaurants.

“I like the idea of sowing a seed and giving something to the next generation to develop further.”

Much like he did with the now-famous chefs who passed through his kitchen, or others who were inspired and went out to create something amazing and successful.

“It was a tough and dark beginning, but I have never thought that it was wrong to move to Denmark. It really had to be successful because there were so many opportunities, everything still to be done, such as also with my new farm here.

You can come here and there is a beautiful frame, which just has to be filled and allowed to blossom and grow.”

Francis Cardenau was born in 1957 in the South of France (Toulouse area). He was educated as a chef north of Paris, where he worked in several three-starred Michelin restaurants. He moved to Copenhagen in 1989 where he achieved two stars, a first for Denmark, in the 1997 Michelin Guide for the restaurant Kommandanten, which he was running at the time (the restaurant no longer exists).

In 1997, together with Jesper Boelsskifte and Erik Gemal, he founded Le Sommelier, and finally, in 1999, he left Kommandanten to work full-time as head chef at Le Sommelier.

In May 2005, Cardenau, Boelsskifte and Gemal opened the French-Japanese restaurant Umami.

In 2009, they opened the first MASH steak house.

In January 2017, he announced that he had sold his shares in all of the restaurants to retire to his new farmhouse next to Arresø in North Zealand. Here he has many plans for the future and continues to be involved in different ways in the Danish gastronomic scene.