Were the Americans inspired by a Danish tradition? 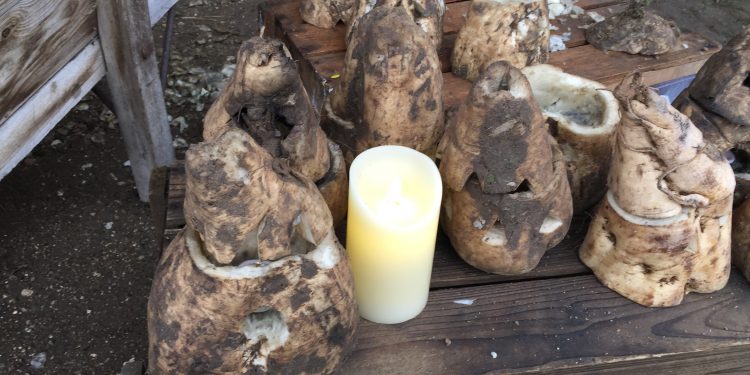 Halloween is coming up and for many Anglo-Saxons, it is an important event. Disguised children do the trick or-treat candy round. Did they take that tradition from the Danish Fastelavn traditions?

At Fastelavn, celebrated in February, children dress up in many different kinds of costumes, asking for buns, not candy, when they sing Boller Up, Boller Ned. Boller i Min Mave. Hvis jeg  ingen Boller får, så laver jeg Ballade!

Which basically means the same as trick or-treat,  except children are asking for the famous fastelavnsbolle.

Maybe the Americans, who introduced the trick or-treat last century, got the idea from the Scandinavians?

Even if Halloween has been adapted in many of the larger cities and suburbs, it is still not at Danish tradition.

Danes of the older generation in general have a lot of difficulty understanding it, and see it as part of an American commercialisation, maybe even a threat to the Danish Fastelavn.

On Halloween night the 31 October, if you want to be sure that your children will be welcomed with a treat, look for the houses with candles, pumpkins, lanterns, or any other kind of Halloween decoration.

At these addresses the residents are happy to embrace the tradition and treat your children.

In most areas the trick or-treat starts early, as parents prefer sending out their young children before 20:00.

And the older children, the teenagers, rarely trick or-treat.

Read also our article on how a stay-at-home dad got his Danish neighbours to embrace the Halloween tradition.

Actually, Danes have not celebrated the death of the dead, nor of the holy, for hundreds of years.

The christian/catholic tradition, of commemorating the holy on 1 November and the souls on the 2 November, was abolished by the King’s counsellor Struense, when he decided to reform the many “helligdage“, the religious holidays in favour of just one day, Store Bededag.

The great prayer day is celebrated every year in April or May,- and always on a Friday to provide a nice long weekend.

Cutting out pumpkins is also only a recent maybe 10 year-old tradition.

Instead in Denmark many in the older generation,  and  certainly those who lived in the countryside, remember how they as children would cut out the ROE and carve it into strange figures and add a lighted candle.

These days you will have a hard time finding a roe, however pumpkins are everywhere.  Farmers, gardeners, BR Legetøj, and other toy stores, have happily adapted the American commercial version of Halloween.