Will the next Danish Prime Minister be a Rasmussen again? 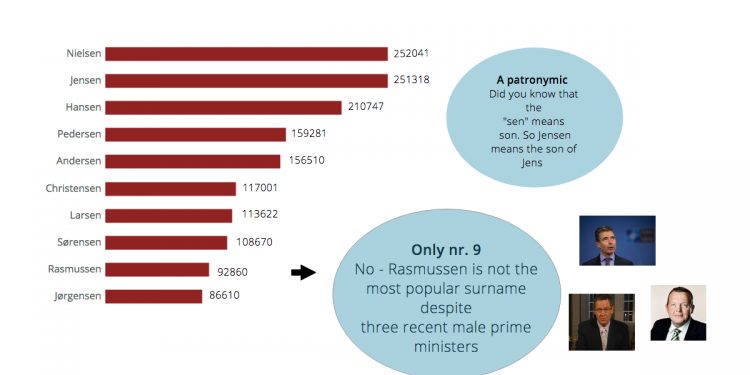 2019 is a general election year in Denmark, an election that must take place by June 2019. After three prime ministers with the name Rasmussen the last 25 years, you might think it is the most popular sen name here.

After living even only for a short while in Denmark, you have probably noticed that the sen ending is very common in many names.

It is a patronymic, a name derived from its bearers’ father or ancestors. In Denmark sen thus means the son of.

But which sen name is the most popular here? You might think it is Ramussen?

However, the name Rasmussen is only the 9th most common sen name in Denmark.

Nielsen, Jensen and Hansen are by far the most popular ones, with more than 200,000 Danes carrying that surname, whereas Rasmussen has just under 100,000.

The date for the next election has not been set yet, and there are speculations that it will take place sometime end of March 2019.

Another sen contender is Frederiksen, as Mette Frederiksen, leader of Socialdemokratiet, is another candidate. And her name is not even amongst the 10 most popular sen names. 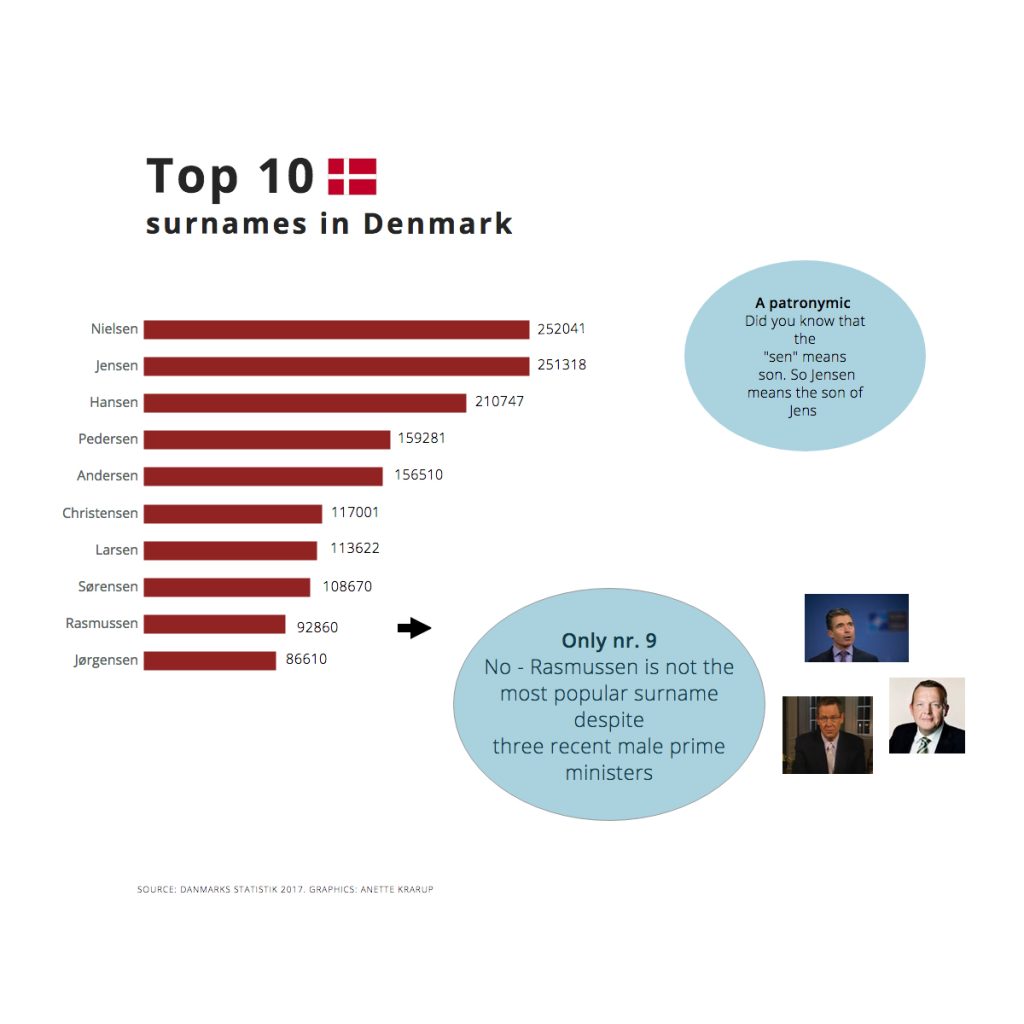