Winter could be whiter and colder than last year 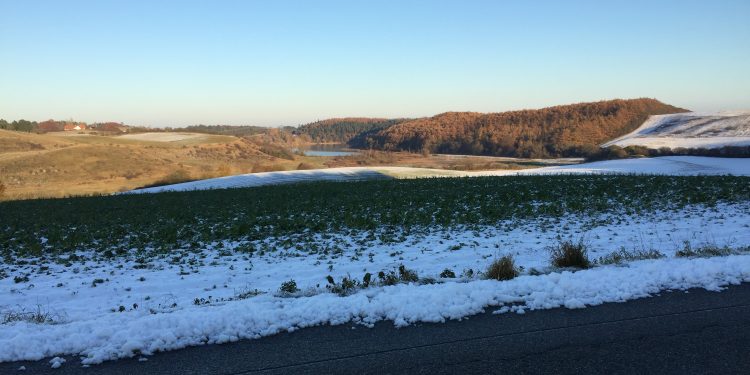 DMI’s latest long-term forecast for November, December and January does not leave out the possibility of a colder and whiter winter season 2018/2019.

Until the end of October, the Danish weather will be influenced by the low-pressure systems coming from the west and north-west, which typically bring with them the unstable, mild (Editor’s note: not much frost), windy, and very rainy weather.

As November starts, a high-pressure system may build up over the Northern parts of Scandinavia and Northeast Europe.

This will bring more stable and dry weather with temperatures below the normal for the season, however, later in the month low-pressure systems from the west and northwest will again bring mild and wet weather.

In general, DMI is expecting that November will be wetter than normal, with normal average temperatures for the month.

However, for December and January, the preliminary forecast shows the possibility of larger high-pressure systems building up over Scandinavia,they brought the warm, sunny and dry summer weather.

During the winter season these high-pressure systems bring cold and dry weather with the likelihood of white snow flocks rather than rain.

DMI bases its long-term forecast on the information it gets from the European Weather Centre, who are predicting that high-pressure systems will build up over Northern Scandinavia, the Arctic and the western parts of Siberia.

These systems keep away the low-pressure systems from the Atlantic, which normally bring the mild and rainy weather to Denmark.

They will instead take more southern routes down over the Iberian Peninsula and the Mediterranean.

If these forecasts are right, this means that for longer periods of time cold air from the east, with snow, will reach Denmark and could even give heavy snowfall to the southern parts of the country.

At the moment, DMI says in their press release, it is still too soon to say if the winter in general will be cold (and white), however, it would seem that we will get fewer low-pressure systems with the rainy and mild air from the west, and instead get more periods with dry and cold weather.